There’s a magic place in the heart of South Vendée Atlantic where, every year at the close of summer, time stands still...

In the Jardin du Bâtiment…

On the 3rd week of every month of August, you can visit the gardens of the 16th-century dwelling belonging to William Christie, the famous conductor and musical director behind the festival, Dans les Jardins de William Christie. Let yourself be carried off daydreaming among the yew trees and rose bushes, the outdoor theatre and its chinoiseries, the boxwood parterres, the terraced avenues lined with lime trees, the American garden and the lounge-style kitchen garden.

The water mirror, surrounded by plane trees, completes the scene inspired by, among others, the Italian and French manneristic, Baroque-style gardens. It is here in the Jardin du Bâtiment, that the greatest Baroque works are performed.

There’s a magic place in the heart of South Vendée Atlantic where, every year at the close of summer, time stands still. Cowering deep in the woods, hidden behind simple hedges of boxwood and laurel, a majestic 16th-century Vendée-style dwelling emerges, just when you’re least expecting it, with its delicate French gardens of Italian inspiration. Dotted around are an old-fashioned kitchen garden, wickerwork items, detours and short cuts, Médici vases and water features… The scene is set.Stéphanie, a romantic music-lover

As the last rays of the sun try to shimmer on the main pond that has become the evening’s stage, the recital may commence. The scene is exalted by a dance of will-o-the-wisps. A magical extravaganza that leaves me trembling in this lush green temple devoted to musical art. The subdued ambience is an invitation to dream.  Time seems to stand still. The silence is golden.  Suddenly, the maestro asks for the “La”! The music whispers, playfully expresses itself, and amplifies along with your heartbeat. The voices ramp up, impassioned, to the tempo of a British rock opera, Baroque style, that leaves me in awe! It worked like magic!
Stéphanie, a romantic music-lover 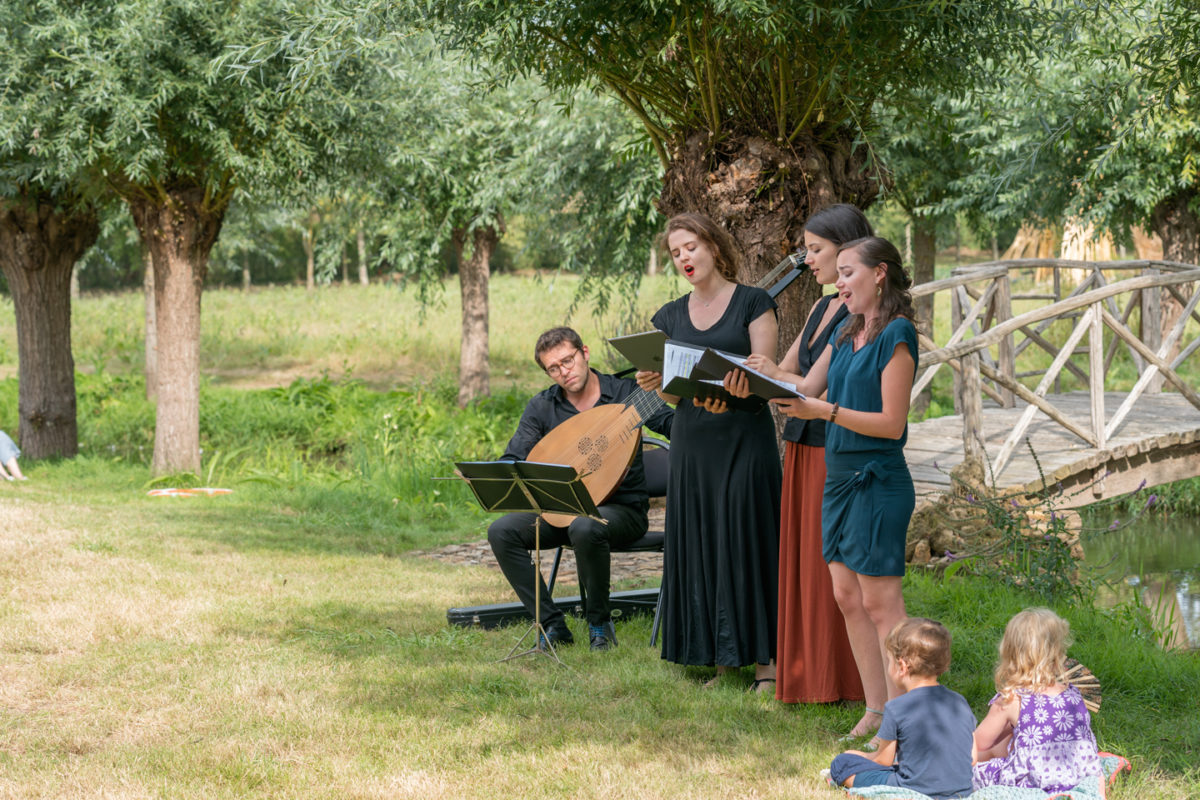 on the same subject...